Jack J Hutchinson is pleased to announce his winter and spring 2018 tour dates, including his first European tour, in support of the new album Paint No Fiction.

This April he will be heading to Spain for a run of 11 shows, backed by fellow space captains Felipe Amorim on drums and Lazarus Michaelides on bass.

Hutchinson will also be playing dates across the south of England, including solo acoustic opening slots for Kris Barras Band and Big Boy Bloater.

Later this year Hutchinson will be playing more shows in the north of England, Wales and Europe, including Russia, Germany and the Czech Republic. Full details will be announced shortly.

Follow the tag #PaintNoFiction on social media for the latest updates.

Hutchinson said: “I am really looking forward to getting on the road and playing tracks from my new record. We’ll be playing the singles ‘Deal With The Devil’, ‘Rattlesnake Woman’ and ‘Hip Slickin’, plus a mix of stuff from my previous records and some brand new material. I can’t wait!”

The album ‘Paint No Fiction’ is out now on Apple Music, Spotify, Amazon and CD.

“Growling vocals combine with raunch ‘n’ roll acoustic and electric guitars. It’s a heck of a debut and definitely a name to watch out for” 8/10 (Guitarist Magazine) 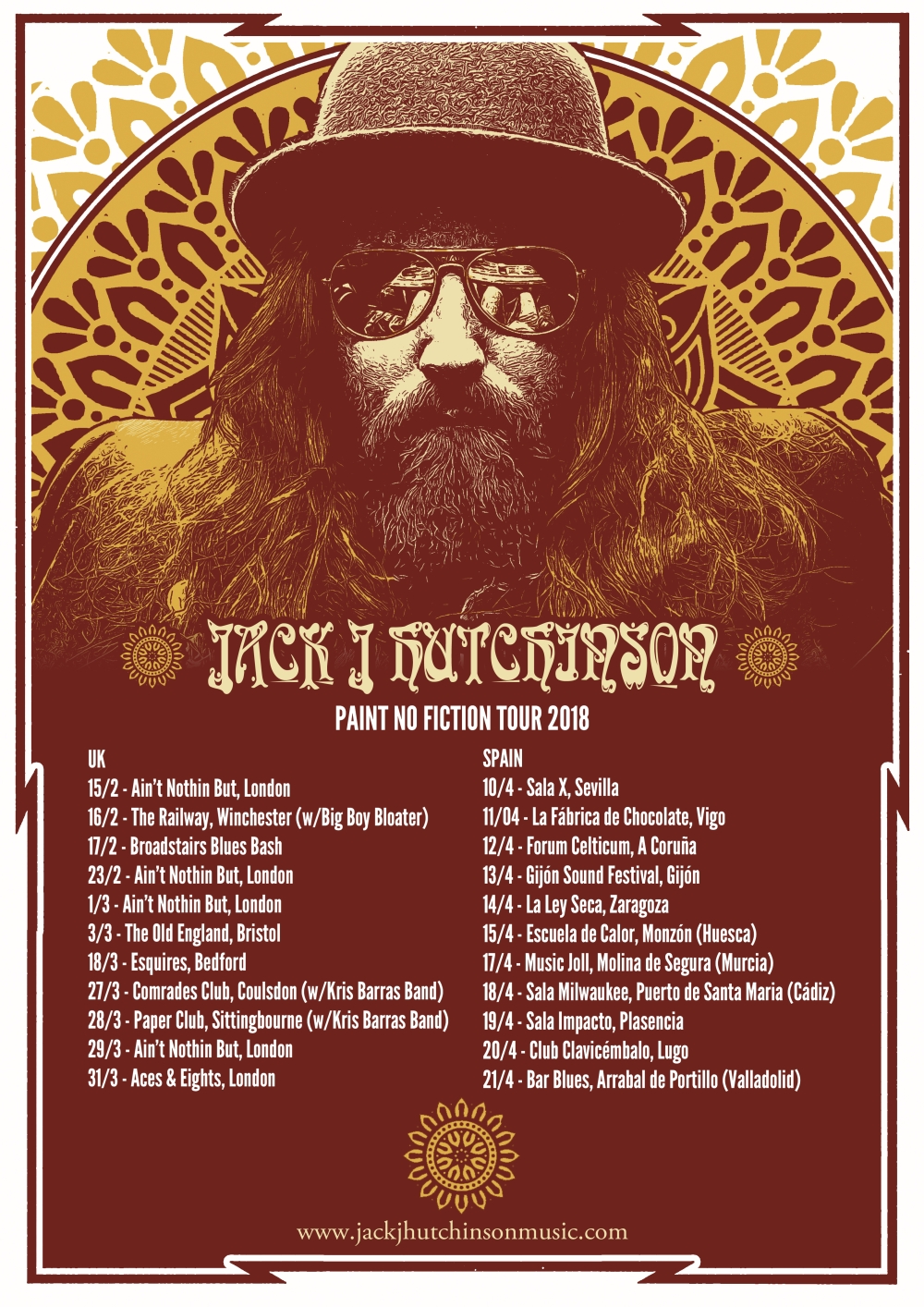